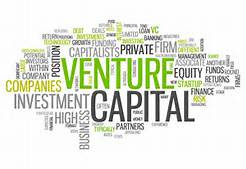 California financier Bill Malloy serves as a founding general partner of venture capital firm Sway Ventures. Through his company, Bill Malloy provides venture capital to early- and mid-stage technology companies.Venture capital funding can be a huge help to businesses. While loans can sometimes be more convenient for financing a company, the loan must be paid back within a set amount of time. For early-stage companies, this may be difficult. Venture funding does not have a repayment schedule and provides new companies with extra cash without an expectation of repayment. Further, venture capital funding is often accompanied by additional expertise and connections that help new companies succeed.However, venture funding is not entirely without strings. Investors request equity in return. Depending on the amount of equity, an investor may earn a controlling role in the business especially as companies grow and expand into private equity. This is not always detrimental, as long as the investor shares a similar vision and goal with the business owners. But when these priorities and goals are not aligned, business owners may see their company move in a direction they did not want.
Posted by bill-milloy at 1:00 PM

Bill Malloy serves as a founding general partner of Sway Ventures, in which he oversees the company’s investments and directs its efforts in the technology industry. An active member of his community, Bill Malloy is a trustee of the Malloy Foundation and cofounder of the PEERS Network.Established in 2009, the PEERS Network brings executives and entrepreneurs together to give back to the community. As part of its mission, the organization funds numerous charities in the California area, including Boys to Men.Boys to Men focuses on helping boys in middle and high school who are at risk of academic failure. More than 70 percent of the boys in the program do not have a father figure in their lives, or they lack a mentor or other role model. Boys to Men provides mentors and role models who listen and encourage the boys in their group. Mentors meet with program participants weekly. After-school and evening meetings are voluntary, but in-school meetings are required by school administration and focus on serving boys with behavior or academic problems.Boys to Men hopes to provide participants with support while teaching them about compassion, integrity, and accountability. All meetings follow a 32-week curriculum that helps boys cope with problems they face at home and in school.
Posted by bill-milloy at 4:41 PM

Clay Helton Nominated for Coach of the Year Award 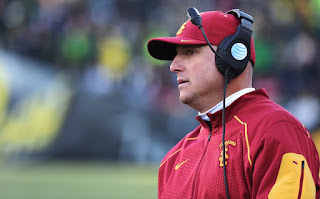 Clay Helton, the head football coach at USC since 2015, has recently been nominated for the Paul “Bear” Bryant Award, given annually to the college football coach of the year by the American Heart Association. The award, which is the only college coaching prize that is awarded after all bowl games have been completed, is determined by the National Sports Media Association. The winner will be announced at the Bryant Awards Banquet in Houston, Texas, on January 11, 2017.

Malloy and Company Invests in The Ridges at Paris Mountain

Marshall School of Business graduate Bill Malloy serves as a board member and advisor for several tech companies, including Tally, Zanbato, Addepar, and Penrose. In addition, Bill Malloy presides over Malloy and Company as president and board member.Malloy and Company was founded by Henry Duncan Malloy during the early 1800s. It was initially established as a real estate and retail investment firm, and was handed down from generation to generation for over 100 years. One of the projects Malloy and Company has invested in is The Ridges at Paris Mountain. A mountain community, grounded in its setting, that tells its own unique story. South Carolina’s lush backcountry embodies vast stands of deep-rooted hardwoods that have occupied the terrain for centuries. It is among this pristine and native landscape that you will discover something wondrous and unique—the first class modern community of The Ridges at Paris Mountain. Whether it’s the respite of an enchanting mountain retreat, the comfort of living in a home that epitomizes luxury and craftsmanship, premier recreational amenities, or access to the dynamic city of Greenville, The Ridges offers a way of life that you can truly take pride in.http://theridgesatparismountain.com/malloy-and-company/
Posted by bill-milloy at 4:55 PM

For more than a decade, Bill Malloy has had a successful career in the private equity and venture capital sectors. Splitting his time between serving as a partner at investment company Sway Ventures and acting as a board member of numerous organizations, Bill Malloy is dedicated to supporting his community as a cofounder of the PEERS Network.
Established in 2009, the PEERS (Philanthropy, Entrepreneurship, Education, Relationships, Social interaction) Network brings business executives and entrepreneurs together with the goal of giving back to the community. Over the years, the network has partnered with numerous local organizations, including ARTS (A Reason To Survive).
ARTS was the beneficiary of the PEERS Network’s 7th Annual PEERS Gala, held October 29, 2016. ARTS supports creative programs that heal and empower young people who are experiencing various difficulties.
Since its creation in 2001, ARTS has helped more than 50,000 young individuals between the ages of 5 and 23. The organization functions on the belief that all young people deserve a chance to succeed, regardless of socioeconomic, mental, or physical challenges.
Many individuals helped by ARTS have experienced depression, homelessness, abuse, or poverty. Through a unique program that combines creativity, live experiences, and art education, ARTS helps young people move away from negativity and develop their creative talents.
Posted by bill-milloy at 3:03 PM

Both VR and AR use digitally constructed worlds, or realities, primarily for entertainment; however, the two concepts are far from identical. VR creates an entirely separate world in which users cannot or do not distinguish between reality and their artificial setting. To access VR, users must typically don special helmets, headsets, or goggles. Examples of VR technology include the Oculus Rift and the Nintendo Virtual Boy.

In contrast, AR is more of an amalgamation of reality and the virtual world, in which users can clearly distinguish the artificial from the real. AR is typically accessed through smart phone apps and uses smart phone cameras to add an artificial element to reality. An example of this would be Pokémon GO, a game in which users capture Pokémon in the real world through their smart phone cameras.
Posted by bill-milloy at 2:54 PM